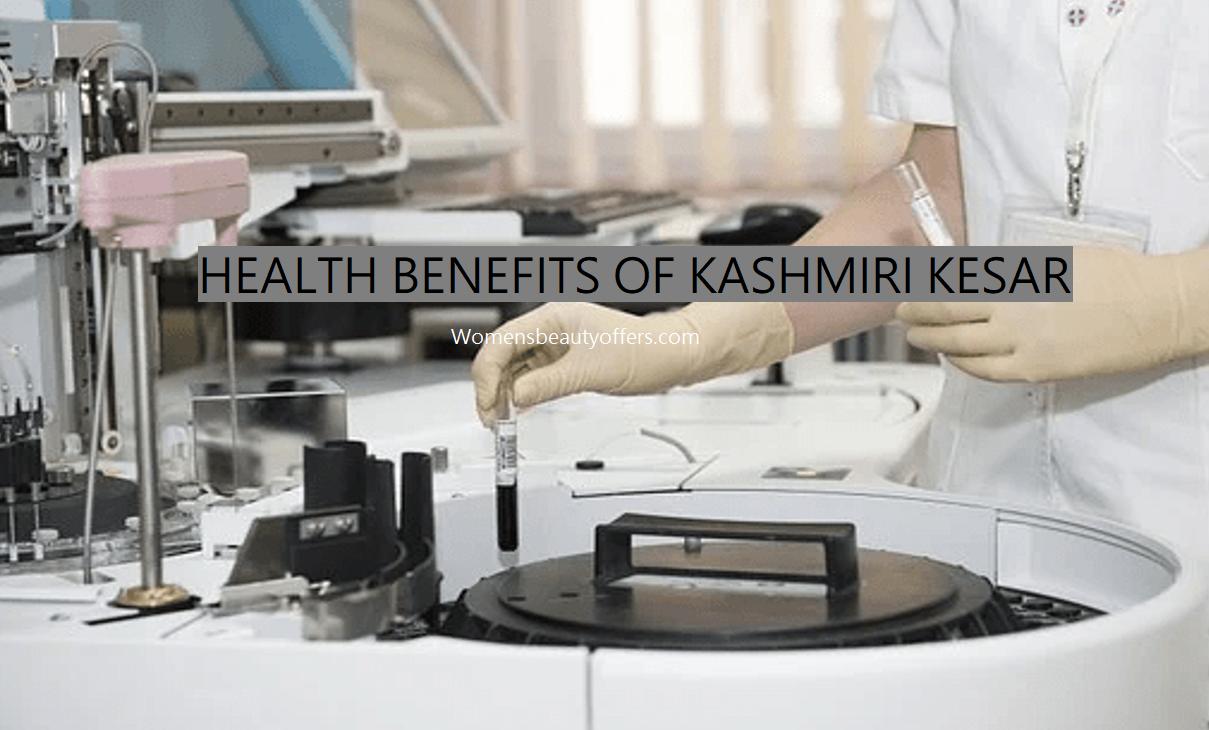 Kesar, also known as saffron, is a spice with a distinctive taste and color. It is replete with numerous health benefits and antioxidants. Several studies indicate Kashmiri Kesar boosts libido, enhances mood, and combat stress and anxiety. The spice is derived from the Crocus Sativus flower.

It is a cousin plant to Lilies. The appearance of Kesar is orange-ish red with thin strands. Kesar is exorbitantly priced because it is very complex to harvest. The farmers cannot employ machines to do the leg work and hence have to take up the labor themselves.

They extract the Kesar from individual flowers by hand. Subsequently, they heat them and pull the threads that we buy from the markets. Because the entire process is laborious and time taking, Kesar is one of the most expensive spices available in the world.

Kashmiri Kesar has many key health benefits attached to it because it has continued to remain relevant after so many years, despite its price points.

1) One of the most significant health benefits that researchers and nutritionists stressed is how high Kesar is in antioxidants. Antioxidants primarily contain crocin, picrocrocin, and safranal. Therefore Kesar alleviates stress and relieves radicals in the body. Doing so might prevent notable illnesses like cancer and heart diseases.

2) It also helps prevent neurological disorders—elements like crocin help diminish inflammation and oxidative damage in the brain. Studies reflect that saffron might help cure Alzheimer’s disease, which primarily causes people to lose their memory. Several Alzheimer’s patients consumed saffron and exhibited enhanced cognitive function in comparison to those consuming drugs. Plus, there are no side effects associated with saffron.

3) Depression can also reap significant benefits from saffron. It helps in uplifting one’s mood by releasing more dopamine without altering the hormone levels. 30ml of saffron can induce results similar to medicines consumed during depression. It cannot solely tackle the woes of the illness but work in conjunction with therapy.

4) It also stimulates libido and enhances the sex drive in men and women.  Many pieces of research reflect that male infertility and erectile dysfunction bore positive effects during intercourse by consuming saffron. Women who were undergoing sexual dysfunction were relying on antidepressants to boost their drive. But consuming saffron increased their sexual desire.

5) Some women experience terrible PMS symptoms. Being someone who can personally vouch for it, saffron can aid in dwindling it to some extent. Most of us do not prefer engaging with harmful medicines that hamper the body’s natural mechanism. Being an organic spice, saffron does not bring that to the table. It only entails benefits.

6) It is also blessed with weight-loss perks. As research would have it, saffron has assisted people with coronary heart disease drop a few inches and stay fitter. Start your morning with a tablespoon of raisins soaked in water and saffron overnight. Repeating this routine regularly will manifest results.

It is better to invest in saffron, a natural ingredient, rather than spending money on excessive supplements. Plus, these supplements are often harmful to us.

However, please do not get carried away with its consumption. As they say, “Too much of anything is good for nothing.” Adding it to your meals is an excellent way of consuming it without going overboard. Pregnant women must steer clear of consuming too much saffron because it might affect the uterus.

Advantages and Disadvantages of Ceramic Braces for Teeth

How To Detect Early Signs of Menopause

Allergy Shots & Rush Immunotherapy – Find Out How They Differ