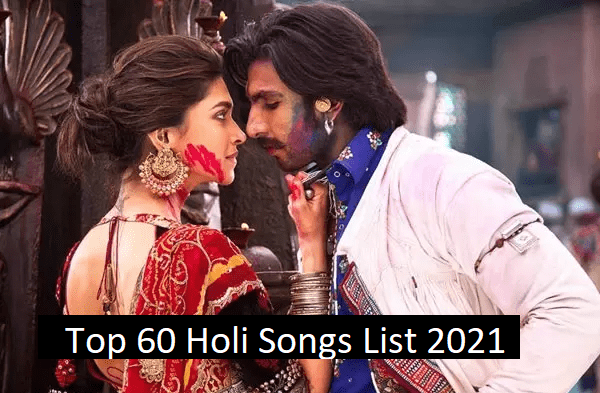 The Significance of Holi Festival

Here are some evergreen old Holi songs which are still first played in this colourful festival.

Holi is incomplete with this song. “Rang Barse” from the movie “Silsila” is like the Holi anthem in India. This song was acted by Amitabh Bachchan and Rekha. Their on-screen chemistry in this song was so remarkable in the Bollywood industry at that time.

2) Aaj Na Chodege
It is one of the best song, sung by Kishore Kumar and Lata Mangeshkar in the film “Kati Patang”. Superstar Rajesh Khanna and Asha Parekh added more colours to this song by their acting. It is like a melody Holi song.

3) Holi Ke Din
It is from the superhit movie “Sholay”. The awesome chemistry of Hema Malini and Dharmendra in this song attracted the audiences easily. Even the film “Sholay” itself became so popular in Bollywood.

4) Jai Jai Shiv Shankar
It is one of the best Holi Songs for dancing on this occasion. It is from the movie “Aap Ki Kasam” featured by Rajesh Khanna and Mumtaz Starrer. This song is still very popular among our young generation.

5) Holi Re Holi Rangon Ki Holi
From the movie ‘Paraya Dhan’, this song became so popular in Bollywood. This song was sung by two legendary singers Asha Boshle and Manna Dey.

7) Ang Se Ang Lagana
“Ang Se Ang Lagana” is a rocking number of Holi from the film, ‘Daar’. The most popular actors Sunny Deol, Shah Rukh Khan and Anupam Kher were seen together in this song. The song was sung by great singers Alka Yagnik, Sudesh Bhosale, and Vinod Rathod.

8) Holi Khele Raghuveera
The peppy number among Bollywood Holi Songs is ‘Holi Khele Raghuveera’ from the heart touching film ‘Baghban’, by Amitabh Bachchan and Hema Malini. This song is full of fun, foods and colours. In this song, the involvement of the full family was nicely drawn.

9) Soni Soni
If you want to dance in Holi, then just play the song ‘Soni Soni’ from the film ‘Mohabbatein’. And Shah Rukh Khan had attracted our eyes towards this song more. Amitabh Bachchan and Aishwarya Rai were also in the lead parts of this film.

10) Do Me a Favour Let’s Play Holi
Though it is younger than the mentioned 9 songs, it is categorized in the Old Holi songs list. ‘Waqt- The Race Against Time’, played by Akshay Kumar and Priyanka Chopra was released 16 years ago. It is also a peppy number in Holi song.

Now comes to the rest list of Hindi Holi songs:-

27. O Meri Pehle Se Tang Thi Choli This song is from the film Souten, released in 1983. Rajesh Khanna was the cheerful actor who added extra spice in this song. Eventually this song is picturised with so many colours. https://youtu.be/BPKZS2zURDc

28. Badri Ki Dulhaniya Though this song is not properly based on Holi related lyrics, but the scenes are shown about playing colours. The rhythm of this song is fast. So that it is apt for Holi party. https://youtu.be/1YBl3Zbt80A

41.Dekho aayi Holi, Mangal Pandey: The Rising (2005)
It’s an awesome song directed by A.R. Rahaman in the film ‘Mangal Pandey’. The theme was so charming and the white dresses of all artists and dancers made the song so peaceful. https://youtu.be/kzjQnaStWV0

46.Tum Tak – Raanjhanaa
‘Tim Tak’ is a soothing song from Anand and its picturization is very sweet by the skilled actors and actresses, Abhay Deol, Deepak Dobriyal, Dhanus and Sonam Kapoor. It is made for the teenagers who feel ‘love in the air’ at this particular festival. https://youtu.be/k09uvR5eUao

Chandrima Das is a content marketing professional at Womensbeautyoffers.