Home » Health & Wellness » Are you expecting twins? Be Cautious Of Potential Complications 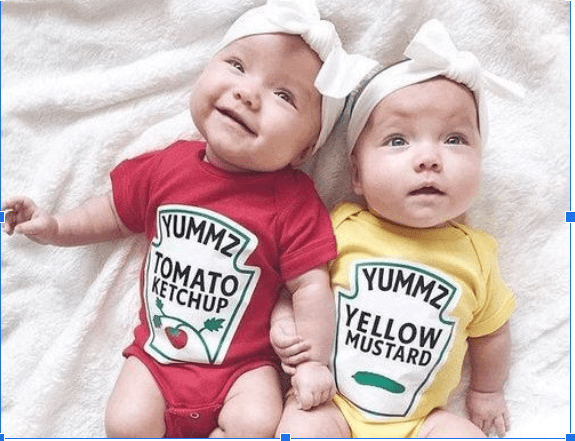 Regardless of how many babies you’re carrying, you can have difficulties during pregnancy, but twin or multiple pregnancies are riskier than a single pregnancy.

“Fertility treatment may improve your chances of having more than one child. Because most fertility treatments attempt to induce multiple egg ovulation, they can result in twin conception. Some have a significantly higher rate than others, “he stated

“IVF is a more precise and controlled method of conception. It is required for the embryo to connect to and grow inside the woman’s uterus to have a successful IVF pregnancy. Multiple pregnancies can result from infertility treatments such as in vitro fertilization (IVF), which involves transferring more than one fertilized egg (embryo) into the womb. Identical twins are born when one of the fertilized eggs (ovum) separates before being implanted in the uterine lining. When two or more independent eggs are fertilized by different sperm at the same time and implanted, non-identical twins are produced, “Dr. Pai elaborated.

Consequences of a Twin Pregnancy

According to a fertility expert, regardless of how many babies you’re carrying, you can have issues during pregnancy, but multiple pregnancies are riskier than single pregnancies.

“This isn’t to say that every woman will have difficulty with many pregnancies. If you’re expecting multiples, you’ll be closely examined for issues that can arise when you’re carrying more than one baby at once. Your fertility specialist will go over each risk factor with you and check-in with you regularly to make sure you’re not having any problems. “He went on to say more.

Possible twin pregnancy complications, according to Dr. Hrishikesh Pai, include:

• If you’re pregnant with multiples, you’re more likely to go into labor early (before 37 weeks) than if you’re expecting a single baby.

• Prematurely born babies are more likely to have other issues, such as low birth weight.

• Gestational diabetes: Diabetes can develop during pregnancy due to the placenta’s increased hormone production.

• Placenta abruption: This condition occurs when the placenta separates from the uterine wall before delivery. This is a life-threatening circumstance. According to an IVF doctor from a Mumbai IVF center, placenta abruption is typical in women bearing multiples.

• Twin-to-twin transfusion syndrome (TTTS) is an uncommon disorder that affects identical twins or multiples during pregnancy. TTTS is a condition that arises when twins share a placenta (afterbirth) and a network of blood arteries that deliver oxygen and nutrients to the fetus. The vessel connections within the placenta are not always equally distributed, resulting in an imbalance in blood flow between the twins. The donor twin gives more blood than it receives in return, putting it at risk of malnutrition and organ failure. Because the receiver twin receives too much blood, they are prone to heart overwork and other cardiac problems.

• The twin-anemia-polycythemia sequence is another problem that can occur in identical twins with one placenta (TAPS). Because of vascular interactions at the placental level, blood travels from one twin to the co-twin. One twin develops anemic (low red blood cells), whereas the other twin becomes polycythemia (too many red blood cells).

Dr. Pai advises parents to opt for a single embryo transfer during IVF treatment to avoid multiple pregnancies and the difficulties mentioned above.

If you’re expecting twins, you should be aware of the following precautions:

“If you’re expecting twins, you should take the same prenatal vitamins that you would for any other pregnancy, plus additional folic acid and iron. Folic acid and extra iron will aid in the treatment of anemia. Stay hydrated and eat well, “Dr. Pai, an IVF specialist from a Mumbai clinic, agreed.

Due to the expensive costs of IVF, ticking biological clocks, and even the frustration and weariness of long fertility struggles.

“They frequently inquire, “Why not have twins at the same time?” When you’ve been taking infertility treatments for a long time, you’re so focused on getting pregnant that it’s difficult to see the big picture of what will happen during and after pregnancy. When IVF patients learn about the risks and understand that transferring one embryo does not alter your cumulative pregnancy rate, they often change their thoughts about wanting twins, “he explained.

Dr. Pai believes it is critical to educate and empower couples with current knowledge to assist them in making the best decision possible.