Home » Health Care » IUD Devices And Their Side Effects: Explained By Gynecologist. 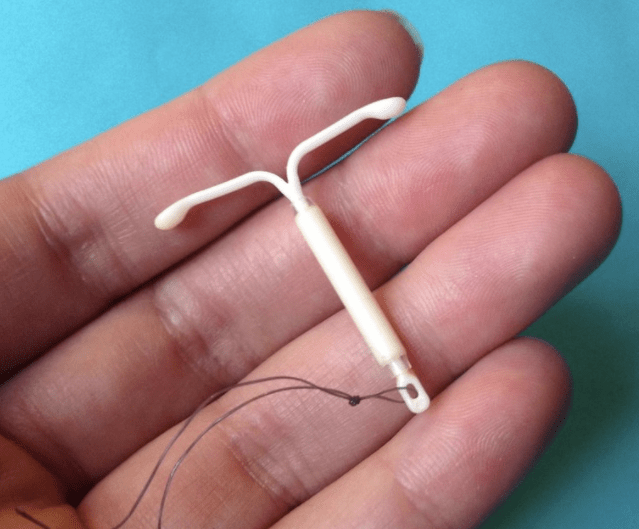 After insertion, the initial IUD’s side effects can include back pain and cramps.

These signs and symptoms only last some hours.

Sexually active people must learn about the various contraceptive options and educate themselves on them. Many women choose an IUD or intrauterine device (also called a “copper T”). It’s a contraceptive that involves implanting a small T-shaped device in the uterus. It functions by preventing the sperm from fertilizing the egg.

She attends to the gynecological needs of women in Bopal and the surrounding areas with compassion. She specializes in gynecological, general surgery, obstetric, and infertility-related procedures, both major and minor. She is susceptible to women’s specific needs and concerns as a lady gynecologist in Bopal. As a result, Dr. Himali Maniar can provide comprehensive care in a welcoming and interactive setting.

She is dedicated to providing exceptional gynecological care, as well as cutting-edge surgical and non-surgical treatments. She is backed up by a knowledgeable and committed team that is always willing to lend a hand.

Are intrauterine devices, on the other hand, effective?

“Devices such as IUDs are extremely effective because there is no risk of making a mistake or forgetting to take the pill. “Once the intrauterine device gets implanted, there is no need to remember it or care about it until it stops working,” she says. The doctor then goes on to address some essential reproductive health concerns.

Is it possible to exercise while wearing the device?

Following IUD insertion, cramps and back pain are common side effects. Because these symptoms only last a few hours, you may have to wait until the next day to exercise. Some women experience bleeding, cramping, and pain for a couple of weeks and may wish to stay longer. There is no medical reason to refrain from exercising after you implant an IUD.

Is there anyone who should avoid getting an IUD?

Doctors do not recommend an IUD for women having heavy bleeding and painful periods because the situation is likely to worsen.

Is it possible to use an IUD while breastfeeding?

Yes, although breastfeeding by itself can delay the onset of your periods and may reduce your chances of becoming pregnant again. It is not a dependable contraceptive, and you can get pregnant when breastfeeding, even before your period starts.

Is it possible to put an IUD in after a miscarriage or a termination?

In most cases, the IUD can be implanted right after a miscarriage or pregnancy termination.

Is it possible to put an IUD in after a child is born?

After a C-section or vaginal delivery, the IUD can get inserted right away.

Is it possible to use a menstrual cup with an IUD?

Yes. Before using the cup, you get recommended to wait six weeks after the IUD gets inserted. They also advise that you check for IUD threads after each period.

The consequences of using an intrauterine device

According to Dr. Himali Maniar, the side effects of an IUD vary depending on the device. Because the copper intrauterine device is hormone-free, the woman will have monthly periods just like she would if she weren’t on the pill.

This IUD has the following side effects:

Another IUD type, according to the doctor, contains hormones in the form of a progesterone impregnated in the unit or device itself. The following are some of the side effects:

“Using an intrauterine device has several disadvantages, one of which is that it does not protect against sexually transmitted diseases. The likelihood of developing pelvic inflammatory disorders is rare, according to the doctor, and is slightly higher when the IUD is first inserted (for about 20 days after insertion).

– This method of contraception lasts much longer than birth control pills.

–There is no known risk of perforation.

– There is no risk of infection if done correctly.

The doctor concludes, “These are not true.”