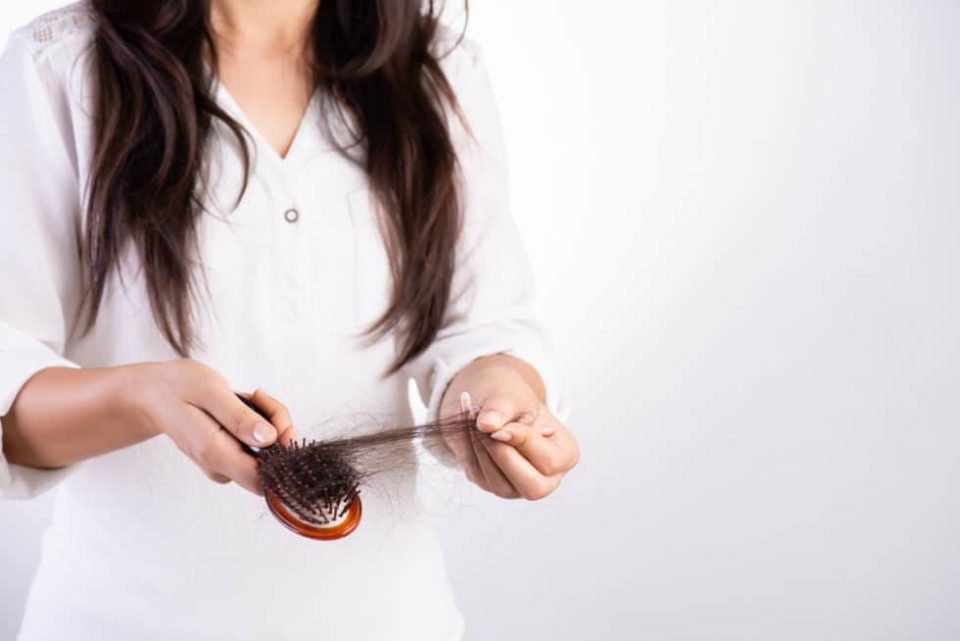 Hereditary hair loss is much more common than most people might think; in fact, around 60% of men will experience some level of balding by the time they’re 60 years old, and hundreds of thousands of women face a similar outcome.

Other types of hair loss, such as telogen effluvium, are caused by stressors to the body and mind or hormonal imbalances such as those experienced during pregnancy and usually only affect people temporarily; that is, their hair growth cycle has been stalled for some internal reason but will resume after a period of months once the imbalance has corrected itself. Unlike telogen effluvium, however, hair loss caused by genetics isn’t necessarily brought on by a specific stressor and isn’t generally affected too much by hormones or other internal factors.

Despite the fact that so many people experience hair loss to some degree during their lifetime, not everyone has a clear picture of exactly what causes hereditary hair loss and how to treat it in order to slow or even stop its progression. Here are some of the most common myths related to genetic hair loss and the real truth behind them:

As mentioned above, genetic hair loss happens to both men and women. The primary reason that people might not think that women experience hair loss is the fact that while men often become completely bald over time, women experience thinning all over their head, most of all near the part in their hair.

If women became bald due to their genetics too, it would be much more obvious that both men and women face the issue of hereditary hair loss. However, women tend to get away with a head of hair that is thinner than it used to be, but still covers their entire head and doesn’t look all that different.

2. The “hair loss gene” comes from your mother’s side.

The old saying goes that if you want to know the future of your hair, look to your mother’s father. There is a good reason behind this myth’s prevalence; males receive their X chromosome from their mother, which contains the androgen receptor gene, a gene closely related to whether or not you’ll experience hereditary balding.

However, dermatologists have confirmed that hereditary hair loss can, in fact, come from both parents. While the likelihood is stronger from your mother’s side, it doesn’t necessarily mean you’re ensured to lose your hair, and those with fathers that went bald are statistically more likely to lose hair themselves regardless of their X chromosome.

You may remember the non-genetic condition mentioned above, telogen effluvium. This is the term associated with most hair loss that is caused by factors such as stress, hormonal imbalances, medication, poor diet, and pregnancy. In addition to these factors, many people report hair loss due to overuse of styling products such as brushes, hair ties, blow dryers, straighteners, and curling irons.

While the hair loss caused by these catalysts can be devastating, it has nothing to do with your genetics and, in many cases, the hair you lost will replenish itself over time. Genetic hair loss will not naturally replenish itself and requires more focused treatment than reducing stress, fixing your diet, and changing medications. If you do have a predisposition to hereditary hair loss, however, you should still avoid excessive stress, a poor diet, or medications with hair loss side effects as it can damage the hair you still have.

4. Hereditary hair loss is directly linked to your testosterone levels.

This myth is most concerning for men facing a genetic predisposition to baldness, as they’ve probably heard from friends and family members that high testosterone—AKA a high sex drive—means that they’ll be the first to go bald.

Luckily, men can rest easy knowing that their sex drive and testosterone levels have no bearing on whether or not they’ll lose their hair one day. Doctors and scientists insist that men who go bald do not have a higher level of testosterone than the average man. Genetic hair loss is a product of just that: genetics. Specifically, this type of hair loss is linked to a sensitivity to dihydrotestosterone, or DHT, a natural byproduct of testosterone.

While one baldness gene would make it easier to predict pattern baldness, unfortunately it’s not that simple. Nearly 290 unique genetic predictors of hereditary hair loss have been found, and of people with those predictors, only around 58% will actually lose hair.

The fact is, though there may be genetic signs that point to hair loss, you won’t actually know until you start losing your hair.