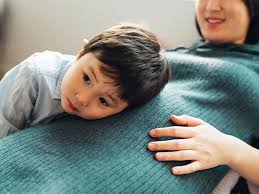 Generally, females experience menstruation when they hit puberty. However, not everyone goes through it the same way during their lifetime. Somehow, somewhere, something could go wrong. But before we continue with this discussion, here’s a recap of what normally happens during ovulation:

However, there are certain circumstances when this entire process doesn’t happen.

Sometimes, the ovaries develop tiny cysts that cause an imbalance in hormones. Aside from preventing pregnancy, these also cause a wide range of issues in the menstrual cycle.

One condition: polycystic ovary syndrome (PCOS), can explain all these.

This article aims to shed light on PCOS and the different female mysteries it usually comes with, as well as some information on its causes and possible treatment.

PCOS is a medical condition involving an abnormally high amount of androgen hormone in the ovaries. These male sex hormones are normally present in women’s bodies, but only in small amounts.

Besides this, polycystic ovary syndrome can also come with multiple tiny fluid-filled sacs (called ‘cysts’) inside the ovaries. But while this is where its name comes from, not all women with PCOS develop cysts.

Symptoms and other signs of PCOS typically appear during puberty, right around the first menstrual period. However, there are cases where the condition develops because of significant weight gain.

What is the main cause of PCOS?

The main cause of PCOS remains unknown.

However, many women with this condition also experience insulin resistance, leading up to insulin build-up in the body. When this happens, androgen levels also rise.

Moreover, obesity may also make PCOS symptoms worse because of the increase in insulin production.

Some doctors also believe that PCOS could be hereditary. It can run in families, with historical data showing how the condition is present among female members of the family.

How do you know if you have PCOS?

PCOS symptoms usually emerge around the early 20s or during the late teenage years. However, not all women with the condition have the symptoms until they experience menstrual problems, difficulty getting pregnant, or both.

Symptoms can range from mild to severe. Among the most common signs to watch out for include:

To confirm whether a patient has PCOS, gynaecologists usually conduct a pelvic exam to check for problems in the ovaries and other parts of the female reproductive tract. During the test, the doctor also looks for any abnormal growths in the uterus or ovaries.

A doctor may also order an ultrasound to check for follicles and other issues with the ovaries and uterus.

Is PCOS that serious?

The medical condition is one of the most common reasons why women can’t get pregnant. In fact, most women discover that they have polycystic ovary syndrome when they fail to get pregnant after several attempts.

Because women with PCOS ovulate infrequently or don’t ovulate at all, they tend to have irregular menstrual cycles. This means it is very challenging to know when they can conceive.

PCOS also comes with harmless follicles that measure up to 8 millimetres in size. These are underdeveloped sacs where eggs are supposed to come from. But because of hormonal imbalance, these sacs often fail to release an egg, explaining the absence of ovulation.

Besides irregular menstrual cycle and difficulty getting pregnant, PCOS also increases women’s risk of developing other serious conditions later in life. This includes:

Up to 80 per cent of women with polycystic ovary syndrome are obese or overweight.

Symptoms and hormonal changes both affect a person’s emotions. Because of this, many women with PCOS end up getting diagnosed with anxiety or depression.

Sleep apnoea is characterised by pauses in breathing that interrupts sleep. This condition is common among overweight women, especially when they have PCOS.

The lack of ovulation during PCOS can also cause uterine lining build-up, which is considered a risk factor for endometrial cancer.

Can PCOS be cured?

Any dietary regimen that helps get rid of those extra pounds could be beneficial, though women with PCOS usually get better results if they exercise regularly.

Doctors also come up with personalised treatment plans for each patient to treat the different symptoms their patient experiences.

Below are several treatment options for PCOS:

Birth control methods also help reduce the risk of endometrial cancer as it brings periods back on track.

Certain medications can also help with PCOS symptoms in women.

Orlistat, for example, helps improve cholesterol levels by impeding the digestion of fat in food.

On the other hand, metformin is used to manage insulin levels, aid with weight loss, and lower the risk of type 2 diabetes.

Polycystic ovary syndrome explains some of the most common mysteries women experience in their menstrual cycle, ovulation, weight, and even body hair.

Understanding the condition is the first step to effective treatment. Please consult your healthcare provider if you experience any or a combination of the symptoms mentioned here.