What Is Considered Malpractice in Plastic Surgery?

You are putting your health and appearance in someone else’s hands, and there are plenty of capable and skilled plastic surgeons who will prioritize your safety and are dedicated to providing the best results possible. You just need to find that surgeon. 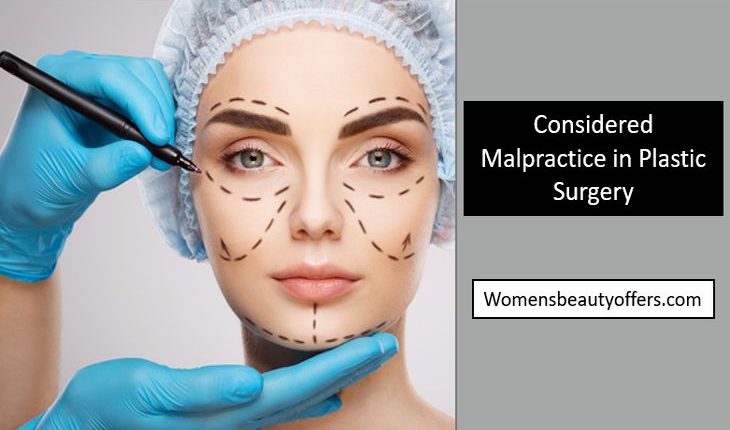 Horrific stories of surgical failures have been making rounds on the Internet and news outlets since the beginning of cosmetic surgery. Patients have had to live with adverse heal, disfigured appearances, or loss because of malpractice in plastic surgery. Perhaps the most alarming fact about cosmetic procedures is not all failed outcomes indicate failure to exercise professional expertise in cosmetic surgery. Cosmetic surgery is an elective procedure-it that is out of choice, not a necessity in Colts Neck New Jersey, and the rest of America. Therefore, malpractice rules are not stringent.

The law only makes provisions for errors, oversights, and negligence that harms the patient’s well-being. Furthermore, plastic surgeons often get light malpractice awards even with proof of oversight that caused significant harm. It is essential to watch real testimonials before choosing a practice for the surgery. Due diligence also involves ascertaining the qualifications and expertise of the surgical team before giving them the right to operate.

How to Prove Malpractice Occurred During a Cosmetic Surgical Procedure

With so many grey areas, what is malpractice in plastic surgery, and how can an affected patient get justice? The court does not award malpractice to plastic surgeons because the patient got an adverse reaction or effect from the surgery. For the surgeon to be liable, there needs to be proof that:

A Standard of Care Between the Patient and Surgeon Existed

Although cosmetic surgery is elective, the surgeon must provide the stipulated standard of care like any other surgery. The patient must ascertain that there was a doctor-patient relationship that did not meet ethical standards of practice.

Evidence That a Breach of Duty of Care Occurred

Examples of subpar care standards include:

The court will need to see a specific injury relating to the duty of care breach. If the surgeon injured an adjacent organ, there should be evidence showing organ malfunction, internal bleeding, or infection. The patient cannot list adverse effects considered surgical risks for that specific procedure.

What Are The Benefits Of Getting Plastic Surgery In 2022?

Evidence that the Resulting Injuries from the Malpractice Sustained Damages

The patient needs to prove that:

It is worth noting that having a qualified surgical team performing the cosmetic procedure reduces malpractice risks significantly. An example of a certified, experienced, and skilled plastic surgeon is Ronald M. Friedman, MD. He is a top-rated plastic surgeon in Plano, TX. He will explain the risks and all possible outcomes before surgery.

What Is the Most Common Malpractice Claim in Plastic Surgery?

There are a couple of malpractice complaints in cosmetic surgery. The first is infections due to care negligence. An operation in a dirty facility increases the chances of postoperative infection. Excessive bleeding is also a form of a breach of duty of care. It shows that a suture is not working appropriately or the possibility of internal bleeding.

Nerve and tissue damage indicate incision errors than the procedure required, like deep cuts. Additionally, abnormal internal scar tissue around implants can result from internal implant leakages due to punctures created during surgery. Severe bruising and swelling that worsen with time is also evidence of malpractice.

When Is a Plastic Surgery Procedure Considered Malpractice?

The patient has to prove that there was a doctor-patient relationship. They must also show there was a breach in the duty of care. The patient should show evidence that the breach caused them harm and that they incurred damages from it for the medical practitioners to be found liable for malpractice.

What Happens to a Plastic Surgeon Found Liable for Malpractice?

The outcome of the malpractice depends on a lot of aspects. Plastic surgeons can lose their license if the harm done is too gruesome. For instance, when the surgeon or team member causes death through malpractice, they can lose their license to practice and even serve a jail term. They may receive a few years of suspension for negligence that caused temporary medical issues to the patient.

Can I Sue for Botched Surgery?

A botched surgery is a malpractice if there is evidence of negligence by the surgeon or medical personnel. It is worth noting that most issues relating to botched surgeries are also cosmetic surgery risks. They include severe scarring, internal bleeding, nerve damage, post-surgery infections, and clots.

The patient has to prove there was negligence during and after the procedure. They need video evidence, testimonies from the surgical team, recordings, and agreements as evidence. They also need a qualified lawyer to help them collect the mountain of evidence.

Are the Risks of Malpractice Worth Getting Cosmetic Surgery?

The success of a surgical procedure depends on the qualification of the medical team performing the surgery. Look for reviews on Yelp, Google Reviews, and testimonials from friends and family. Additionally, search for proof of qualification, registration, and evidence of work before signing up for plastic surgery.

Advantages and Disadvantages of Ceramic Braces for Teeth

Teenage Troubles: Get A Clearer, Blemish-Free Appearance with an Anti-Acne Cream

Is Tantric The Best Type Of Massage?

Top Question To Ask Before Getting a Mini Facelift