Sniff This! The Different Types of Nose Shapes, Explained 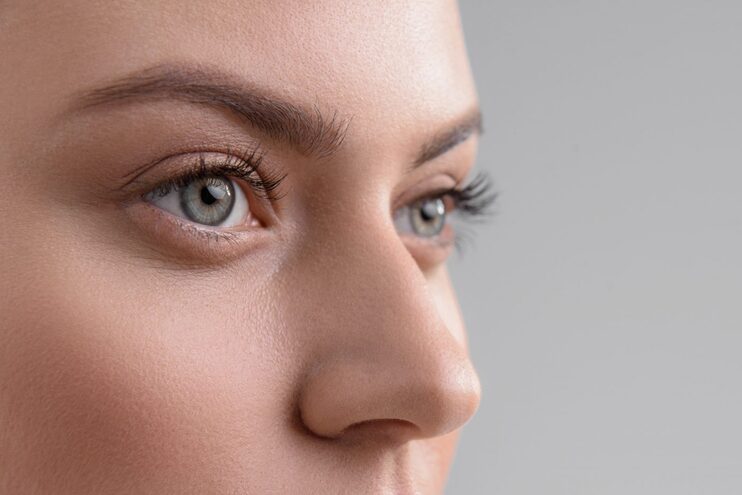 Do you know what kind of nose you have or how you would describe other people’s noses? There are different types of nose shapes, and knowing them can help you recognize different people’s unique beauty.

While the different nose shapes aren’t an exact science, there are repeating patterns of noses that you can find on the faces you encounter. Your nose may be a bit of a combination of a couple, or you could have an exact match.

The celestial nose is also known as an upturned nose and is one of the most popular nose shapes for people undergoing plastic surgery. It’s been popularized by the Hollywood elite and features a small dent at the bridge and an upturned protrusion.

The Roman nose refers to the kind of nose that comes out from the face and slopes downwards. So named because of the many Roman statues with this nose, it’s a regal and uncommon nose shape. It’s also known as an aquiline nose.

Bumpy noses have protrusions along the bridge. Many people with bumpy noses choose to go under rhinoplasty because the shaping down of those bumps is a relatively easy procedure, but there are still recognizable examples of the bumpy nose. Owen Wilson has a definitive and striking bumpy nose.

A snub nose is similar to a celestial nose because it too is often upturned. But snub noses tend to be a softer and rounder shape than the sharp celestial nose. You can also define a snub nose if you can see its nostrils from the front.

Hawk noses are similar to Roman noses but with an even sharper and more defined angle in their downwards trajectory. They are often thin at the bridge but have a strong and striking appearance.

The Greek nose is marked by its incredibly straight appearance. It lacks bumps and curves which makes it appear “perfect” compared to other noses. Next to the celestial nose, this is also a popular plastic surgery option.

A Nubian nose is characterized by its smooth, long bridge and flatter, more prominent nostrils. This nose is most common among people of African descent and may have helped ancient people breathe in extreme heat.

The East Asian nose is thin and flat with a short tip. There is no indentation near the brow as with many other nose shapes.

How to Change Your Nose Shape

The only way to change the shape of your nose is through a surgical procedure. If you want to change nose shapes consider rhinoplasty (nose surgery) by Dr. Westreich

By knowing the types of nose shapes, you can more easily describe your own nose and the noses of other people you see. All noses are beautiful, but if you’re looking to make a change then you should know what kind of nose you want from your surgeon.

Want to know more about your unique beauty? Read some more articles from our Beauty section!

Top 5 Tips to Slow Down Aging Signs on your Face

Why Polarised Sunglasses Are Better For Your Eyes

Is Tantric The Best Type Of Massage?