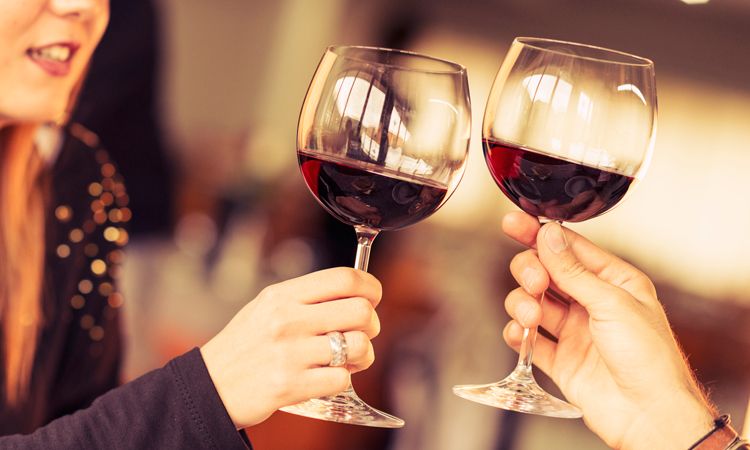 Wine is a feel good drink to enjoy socially as well as privately. The love for wine has not dwindles since ages. Apart from savoring its rich taste, you can also take advantage of its various benefits on the health ranging from decreased mortality rate to killing cancer cells. A moderate consumption of wine is great to unwind

after a long day while ensuring the quality of health.

Red wines which are made from highly fibrous red grapes are used to make various red wines like Rioja. According to a study done by the Universidad Complutense de Madrid, Spain- these grapes may have an effect on cholesterol levels.

Participants were made to intake the same grape supplement present in red wine. It was found that LDL levels among healthy participants decreased by 9% and the participants suffering from high cholesterol had a drop of 12%. The conclusion here is that excess of LDL can get deposited in the arterial walls, thereby forming plaque. This can cause the arteries to harden which can lead to a rise in the blood pressure, causing heart attacks- as pointed out by Arthur Agatston who is an MD and an associate professor of medicine at the University of Miami as well as the author of The South Beach Heart Program.

According to Philippe Marambaud, PhD and a senior research scientist at New York’s Litwin- Zucker Research Center for the Study of Alzheimer’s Disease and Memory Disorders, resveratrol can be a key player in ensuring a sharp memory. This compound can hamper the formation of beta- amyloid protein which is a key ingredient in the plaque formation in the brain of Alzheimer’s patients. He also suggested that enjoying an occasional puzzle game or a crossword with a glass of wine can be great for the brain.

A rich source of a natural compound resveratrol is the skin of red grapes which are used to make red wine. There are evidences and published researches in the journal Nutrition, stating that the grape skin can actually be used to reduce the incidence of diabetes by regulating blood sugar.

As per the National Institutes of Health, antioxidants can fight off an infection and also protect cells from free radicals which can cause various diseases, including cancer. The antioxidants in wine can fight off a cold. A study was conducted in 2010 in American Journal of Epidemiology found that out of 4000 faculty members from five Spanish universities; the ones who consumed more than 14 glasses of wine weekly for a year were around 40% less likely to catch a cold.

University of Virginia researchers pointed out that people drinking one glass of wine 3- 4 times weekly get the resveratrol which is good enough to kill any growing cancer cells. The scientists dosed cancer cells with resveratrol and concluded that this compound prevented the activity of a cancer- promoting protein.

Apart from being a feel good drink, wine also has anti- ageing properties. It keeps the skin healthy and glowing.

Polyphenols are antioxidants present in red wine. According to John Folts, PhD and a professor of cardiovascular medicine and nutrition at the University of Wisconsin, Madison, suggested that these antioxidants can reduce the occurence of clotting and maintain the flexibility of blood vessels.

According to him, moderate drinking can provide great benefits and can be as effective as aspirin. He also pointed out that heavy drinking should be avoided as well as it can damage to the heart.

So now raise your glasses!!!