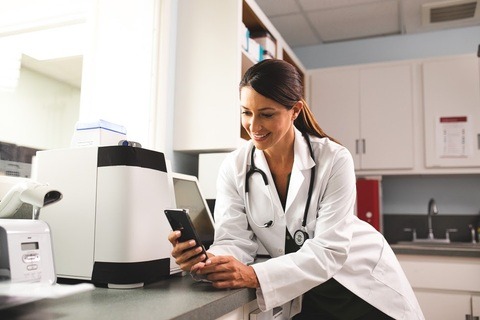 What is Type 2 Diabetes, and how does it affect you?

Type 2 diabetes is a chronic disorder marked by high blood sugar levels that develop due to interactions between behavioral, genetic, and environmental variables. It is the most common type of diabetes.

The metabolic condition is caused by either the body’s inability to create enough insulin or its cells’ failure to respond to it. Those who have been diagnosed with type 2 diabetes frequently suffer the following symptoms:

• Cuts that are slow to heal
• Consistent exhaustion
• Muscle and weight loss
• An increase in thirst
• Distorted eyesight
• Urination is occurring more frequently.
• Thrush or itching in the vaginal area regularly

Dr. Ayush from Niravan Health would like to address how baking soda affects persons with Type 2 diabetes in this post, using a study conducted on the subject.

Dr. Ayush Chandra is one of Ghaziabad’s greatest diabetologists, with eleven years of experience in healthcare administration and clinical practice and three years as a diabetes management specialist.

His main areas of interest and competence include chronic diabetes, endocrine diseases, and gestational diabetes.

According to Dr. Ayush, new research has discovered that the pantry staple sodium bicarbonate, also known as baking soda, can influence insulin and inflammation in people with type 2 diabetes.

Obesity-related inflammation, common in people with diabetes, is linked to a reduced ability to respond to insulin, a condition known as insulin resistance. As a result, the immune system is stimulated, especially the spleen, which helps to reduce the incidence of chronic inflammation.

In healthy rats, early study into the effects of oral sodium bicarbonate on inflammatory response discovered that the solution causes the digestive tract’s mesothelial cells to signal the spleen to enhance the production of anti-inflammatory, immune cells.

Before the current work, the possible anti-inflammatory benefits of sodium bicarbonate had never been studied using a model of lasting systemic inflammation, such as that seen in type 2 diabetes.

The goal of the new study was to look into these kinds of things. The effects of baking soda on type 2 diabetes were studied using an animal model. Diabetic rats were administered a baking soda solution for three weeks and were shown to have a lower insulin response than healthy rats.

This outcome was thought to result from the rat’s body’s inability to respond to insulin appropriately. The researchers discovered that there were other, more beneficial outcomes as well. The researchers found that diabetic mice whose spleens were fed the baking soda solution produced more anti-inflammatory cells. As a result, even when the mesothelial cells could not send trigger signals, overall immunity was boosted.

The fact that the immune response increased despite insulin resistance shows that the detrimental effects of baking soda on insulin may be due to the unfavorable impact of alkali load – sodium bicarbonate’s chemical components – rather than being mediated by inflammation.

According to Ghaziabad-based diabetologists, because this is an animal study, there is still no proof that these effects occur in humans until a human clinical trial is completed.

The link between baking soda’s alkali load and metabolic activity that happens regardless of immunological activity, according to the researchers, could be crucial in understanding sodium bicarbonate’s impacts on the body.

Sodium bicarbonate has also been demonstrated to be helpful in the treatment of diabetic ketoacidosis (DKA), a fungal infection that affects people with diabetes more than non-diabetics.

Using a mouse model, the study published in the Journal of Clinical Investigation discovered the processes in DKA that lead to increased growth of the fungus mucormycosis.

According to Dr. Ayush, a diabetologist in Ghaziabad, “the traditional job of phagocytes to consume invading germs is weakened during DKA. This allows the fungal protein CotH to attach to the receptor of the GRP78 cell, culminating in the development of mucormycosis.”

Increased glucose and iron levels have been reported to hasten the infection’s progression. The effects that had previously accelerated the injection course were reversed when the researchers provided sodium bicarbonate.

This study contributes to the growing knowledge about the possible benefits of investigating baking sodium as diabetes medication.