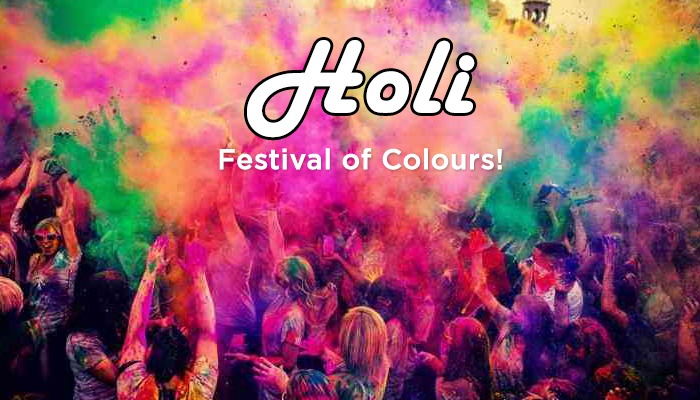 India is among the few countries which have a rich and cultural heritage in the most expressive manner which speaks its own story.People all around the world are attracted to this country,”the land of spices and snakes”. Some might have the plan to experience the  unity in diversity, some might visit to see Taj Mahal, one of the wonders of the world. Few cannot resist the hospitality it retaliates through the internet and few want to have a lifetime experience. The chilly winter and exhausting summers also find an escape route to this moderate climate of tropical land. In this post, you can explore Holi – The Festivals of Colours “One More Reason To Be in India”.

Holi is one such festival celebrated in India, which can again be one more reason that might tempt you to be in India. What makes me say so? I don’t want you to agree with me, but I really want you to read the article and find it for yourself.

Holi is a Festival of Colours

The manifold of this festival is a platter of fun and moments to be experienced by every member of the family. Holi is a two-day festival celebrated throughout the country. The Holi celebration in India begins by burning the Old wood and stick as a replica of effigies of Holika (demoness) sister of demon king Harnaksyap. The hatred towards demoness is ACTUALLY resentment against evil thoughts and pride which is acknowledged in the mythological story where Holika turns to burn her own nephew Prahalad. In an agony of feeling scornful when the little Prahalad refuses to worship her brother Harnakhsyap instead of his deity Vishnu, she tried to burn him through some bad tactics, but Prahalad was saved because of his belief in a god or in goodness.

The next day is celebrated to remember the eternal love of Lord Krishna and his bae Radha. The epic Mahabharata depicts playful moments spend together by the duo during spring season where they try to put colors on each other face, the same is being practised throughout India, where everybody tries to drench their love one in colours and have a playful celebration of Holi.

Way people celebrate this festival doesn’t make this festival unique the despairing emotion of love, forgiveness, belongingness harmony among different religion, is acknowledge in one event is what makes the festival unique. The kids and elder on this day are free-spirited a warmly hug each other diminishing an old rivalry betrayal and move on by adding vibrant and beautiful to each other’s life, There is no such festival I have known about that is so high on emotions rather than on rituals. This festival is a festival of heart, festival of love, festival of forgiveness, which makes this festival an excuse to rebound with lost, forgotten upset loved ones.The popular greet on this also symbolizes its uniqueness in words like Bura na mano Holi hai which means please don’t be offended its Holi. 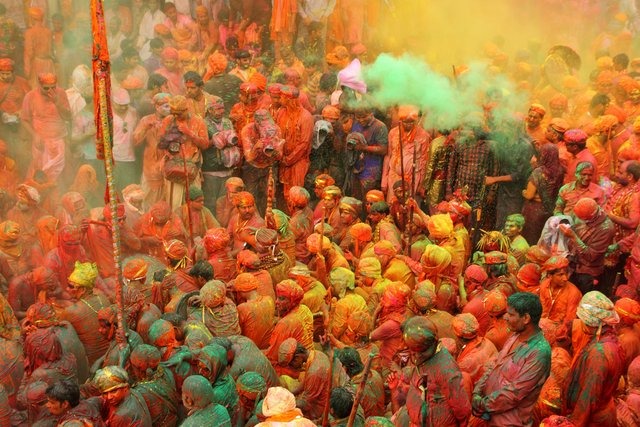 How Holi is celebrated in India?

Colouring each other, drenching with water, throwing tomatoes at each other can be seen in many other parts of the world, then what makes Holi in India special and unique. The land of culture celebrates every festival in lavish style, the  grand procession held in Udaipur, Jaipur   with folk  dance and music, the Barsana lath mar Holi, the  flower Holi in Mathura and Vrindavan, the martial skills performed by artist in Punjab, the glamorous Holi played in Bollywood city Mumbai, the carnival held in Goa.

These are some of the ways how India celebrates its favourite festival. I doubt any other festival of any country is celebrated with so many variants,

What will you find or expect at this festival?;

The overly excited Family and friends, the pocket-friendly stay shopping and trip the love in the air to make your romantic, even after the Valentine month is what you will experience during Holi festival in India. Holi is not a festival it is  Complete Holiday package which stores a bundle of joy and fun for everyone of all the age groups. During your stay in India during Holi, you will Experience the Traditional Ritual, the mouth-watering traditional delicacies, the flamboyant traditional Attires, the soothing traditional folk music, the comfortable Pleasant Weather, The Picturesque Beauty of the country: The world-class stay at affordable prices, make it one of the best trip to India.

What is your reason to revisit India during Holi?:

Now after knowing all about Holi in brief what is your reason to visit the magnificent land to celebrate spectacular festivals with your friends and family please comment below and let us know.

Noble Prize winner Rabindra Nath Tagore quote you are welcome to the festival of this world and your life is blessed is apt for the way Holi festival brings joy to your life.

Its blessing doesn’t miss it.